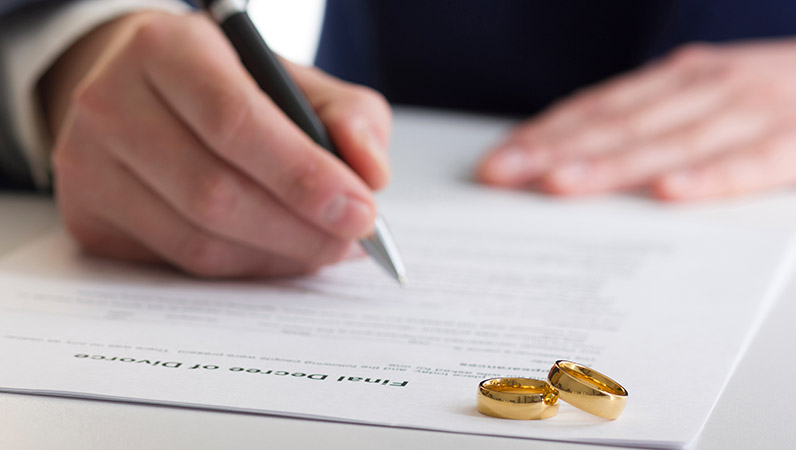 In Michigan, legal separation is referred to as "separate maintenance." Though it is generally perceived as less permanent than divorce, or a step in the direction of a final dissolution of the marriage, the filing requirements are the same for both, including division of property, child support, spousal support, and child custody. The only legal grounds for separation in Michigan are irreconcilable differences.

Other possible means of separation include simply living separately as a "trial separation," in which case no legal steps are taken, and annulment, in which a court rules that the marriage never legally took place.

There are two common reasons couples choose to separate rather than divorce when a marriage fails: religious objection to divorce of the part of one or both parties or an attempt to maintain health insurance benefits for all family members. Recently, however, many insurance companies and employers have become more rigid in their regulations, disallowing benefits to families once a separate maintenance document has been filed.

While relatively rare, annulment can be granted for the following reasons:

When one of these situations exists, the marriage is considered to never have taken place legally, so there is no legal process required to dissolve it.

There are also marriages which are considered valid until annulment is sought. These include marriages in which one or both of the partners is between the ages of 16 and 18 and has not received consent of his or her parents or legal guardian. Other situations in which annulment is considered valid are marriages procured through fraud or duress, or marriages in which one partner is unable to conceive children but has concealed this information from his or her partner.

Particulars of Separate Maintenance Mirror Those of Divorce

The Need for a Competent Legal Separation Attorney in Southfield Michigan

While there is no waiting period necessary to put a separation agreement into effect, it must be crafted carefully to be legally binding. This is why it is so important to have a skilled legal separation lawyer working with you. This is particularly true if you later decide to divorce, in which case the terms and conditions of the separation maintenance agreement will normally be incorporated into the divorce judgment.