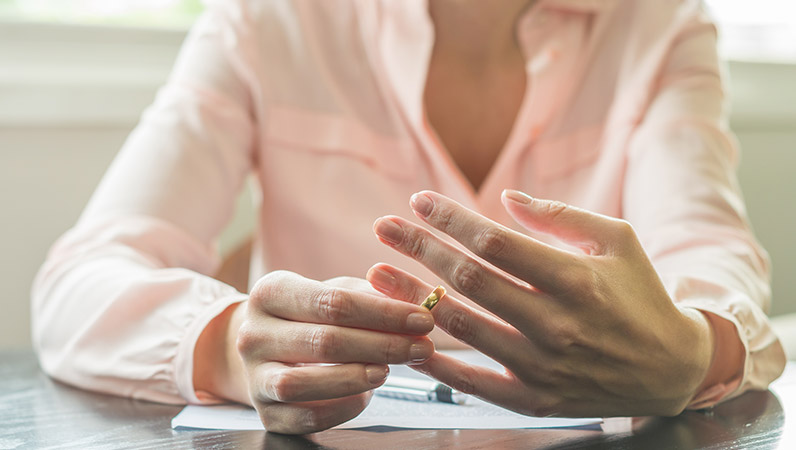 The goal of Southfield's McGuigan law firm is to make divorce, mediation and separation issues as simple and painless as possible so clients can move on with their lives. The divorce process requires considering a number of factors including division of assets, spousal support and child custody, and support.

Dividing the property of spouses during divorce can be quite difficult depending on how significant the assets are. These assets can include houses, rental property, retirement and pension plans, stock accounts, businesses, and more. If your divorce is contentious, then this can be especially complicated.

In Southfield, reaching a divorce settlement negotiated via mediation settlement speeds the divorce process dramatically, and can save you money in legal fees. Moreover, in cases where you can’t come to an agreement, the court is going to use its judgement to impose a plan that is as fair as possible.

There are also state laws to consider as well as the difference between separate and marital property. In general, .Separate Property includes any property that was owned by either spouse prior to the marriage; an inheritance received by the husband or wife (either before or after the marriage); and gifts received by the husband or wife from someone else.

On the other hand, property acquired during the marriage is usually considered Marital Property regardless of which spouse owns or has title to the property. State laws vary greatly in how Marital Property is treated (especially between Community Property & Equitable Distribution States), So consulting a qualified attorney is critical.

The purpose of alimony is to help the receiving spouse maintain financial stability after a divorce. In general, courts award alimony is an amount that is “fair” under the circumstances and that the law requires.

Some considerations here include the standard of living established during the marriage, whether one spouse does not have enough property and income to provide for his or her “reasonable” needs, and whether the providing spouse has enough property or income to meet these needs. Finally, the issue of spousal support requires each partner to make a complete disclosure of their financial status including net worth.

Child custody and support is more often a point of consideration than spousal support. In cases where there are minor children, issues of child custody and child support are going to be at the core of a divorce agreement.

In the past, states have handled matters of child custody and support in family court. However, the states have moved toward uniform standards concerning these issues. Moreover, depending on the child’s age and maturity level his or her wishes are considered by the court. The ultimate consideration is what is in the best interest of the child. In many cases, divorcing couples can reach an agreement for joint custody.

Child support is an ongoing payment made by a parent for the financial support of a child after a divorce or the end of another relationship. Depending on the state, the parent who has custody of the children is paid by the non-custodial parent. In the case of joint custody, the parent with the higher income generally pays child support.

Child support and custody can be a contentious issue in a divorce, and using a Southfield attorney with divorce mediation, separation and family law expertise can guide the parties to amicably resolving these matters.

Now that the legality of same-sex marriage has been recognized, dissolving these relationships presents unique challenges including the full length of the relationship before a formal marriage. A same-sex divorce can involve more legal disputes than that of an opposite-sex couple simply because of the relatively new legal complications. These include when the partnership or marriage began and the rules that apply to pre-marital assets and debts. Particularly, courts also struggle to settle child custody disputes in cases where one parent is the biological parent and the other parent is an adoptive parent.

Other Methods of Resolving Conflicts at Divorce

There are ways to resolve divorce conflicts outside of the courts. There are three basic methods including negotiation, mediation, and new approach known as collaborative divorce.

Negotiation involves the parties working through a dispute until it is resolved. While divorcing spouses can do this on their own, lawyers can and do play a role in these negotiations.

Mediation, on the other hand, is a form of negotiation that involves a neutral party known as a mediator. However, a mediator is not a judge or an arbitrator and does not make decisions or issue rulings. But the mediator works with both spouses to resolve legal disputes, communicate more effectively and ultimately reach an agreement.

Finally, in a collaborative divorce, each party has an attorney that assists in the negotiation by acting as advocates for their clients. Both spouses and both attorneys must agree in writing that they will not take the case to court and will settle it instead. In the end, a collaborative divorce will only work when all the parties agree to not have a referee or judge manage the divorce.

Divorce is not something most couples plan on, but the statistics for long-lasting marriages say otherwise. In the case of a divorce, the issues are complex; and even more so by the emotions involved. In the end, a successful divorce is one that can be handled amicably, and this requires attorneys with the expertise and compassion to make it happen.